Past, Present, and Future of Cal Soldat 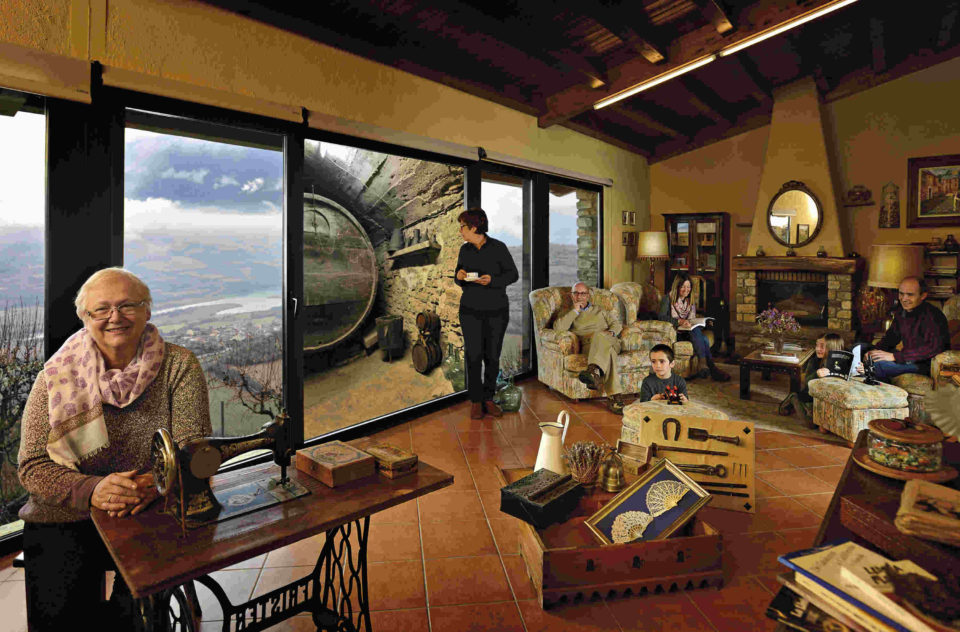 This photography is part of a collection of 41 protagonists in the book Mírame España, sponsored by Accenture and edited by E. Planet.

Accenture invited Morgana, David and Jaime’s team in order to make a portrait of today’s Spain with their particular vision.

Each photography, the authors tell us, contains details reflecting experiences and, among them and above all, the new female protagonist that enriches society stands out.

It is easy to imagine how the enclave and the small houses that make up Cal Soldat were revealed before Rosa’s eyes as the fog dissipated. Thus, she also met the former owner, Isabel, who emerged from the same haze carrying a little girl by the hand, when, by chance, her passion for Romanesque art led her to the nearby castle of Mur.
Rosa is the soul of Cal Soldat. Nestled in a spectacular setting, it is a dream that, with the support of Alejandro, has come true over many years of effort. She transformed the small village of yesteryear into the cottage that is has now become, she faithfully reconstructed the spaces and kept a multitude of objects that Rosa has discovered and recovered, so that her guests feel that it is through them the small village tells them its story.

SPAIN LOOK ME, is a tribute to people who with their efforts, dreams and realities encourage us to believe in ourselves.